Below is some personal information about each of the Board of Trustees members and the Executive Director. It is hoped by sharing this information that pro-life educators will better understand how Teachers Saving Children® is governed by volunteers, thus being able to better support the leadership through prayer and other means of involvement. 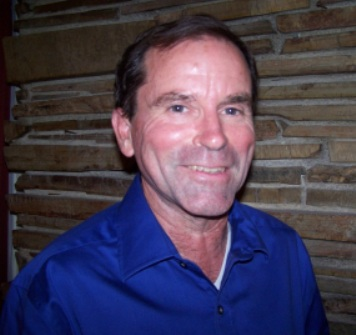 The Executive Director of Teachers Saving Children® is Frank Ebiner.  A graduate of Humboldt State University (California) with a degree in wildlife management and biology, Frank is currently a high school Biology and Anatomy/Physiology teacher in California.  He has taught overseas (in the Peace Corps), in private schools and, for the past 30 years, in the California public school system.  Over these 30+ years in education, Frank has facilitated student discussion on ethical and moral issues in science and math courses.

Having been a member of the National Education Association (NEA) and the California Teachers Association (CTA) since 1986, Frank serves as a school site representative at the local level and as an alternate delegate for the CTA.  He was a first-time delegate to the NEA RA in 2017.

Frank has been a member of Teachers Saving  Children® since 2004.  He began serving on the Board of Trustees in August 2015.  He also is a member of California Pro-Life and National Right to Life.  He is a strong advocate in respecting the dignityof human life from conception to natural death.

Over the years, Frank has been actively involved in church activities including leading their local church-sponsored Boy Scout troop through 2013, Vice-Chair for their Pastoral Council, Confirmation teacher, Eucharistic Minister, Respect Life Coordinator, and Co-Leader for the ministry to the sick at the local convalescent homes.

One of 15 children, Frank has a developmentally disabled younger sister who has strengthened his resolve to work on behalf of the vulnerable.  With so many siblings and nieces and nephews, Frank is busily involved with a multitude of family activities and celebrations.  Frank and his wife Noreen are the parents of one adult son who is presently in college. 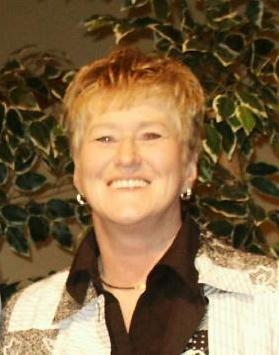 Judy Bruns has been a member of the National Board of Trustees since September 2006. She also served on the Ohio Affiliate Chapter Board of Trustees from 2002 - 2013. Judy taught middle school language arts in Coldwater, Ohiountil 2011 when she retired. During her teaching career, Judy became very politically active within her local association. She was elected as a state delegate for 12 consecutive years and as a national delegate for 11 consecutive years. She attended and participated in the NEA and state affiliate legislative, budget, and resolutions hearings on a regular basis. In August 2008, Judy applied for, and later received, a religious accommodation from the NEA and OEA, based on conflicts between union membership and her Christian faith.

Judy has been involved in the pro-life movement since the 1970s. She has served as president of Mercer County Right to Life in Ohio. She has participated in the March for Life in Washington, DC for 25+ years; on her days off from school, she has done sidewalk counseling outside an Ohio abortion mill. She was named co-recipient of the Center for Life and Hope's "Life Educator Award" in 2005.

Judy is married to Paul. They have three children and five wonderful grandchildren. In her spare time Judy has gone on short-term mission trips, has written two children's books, and is currently completing a book called "Prompts That Make Kids Beg to Write!" for language arts teachers. In her retirement, Judy gives book talks in schools and devotes more time to Bible study, to writing, and to the pro-life movement. 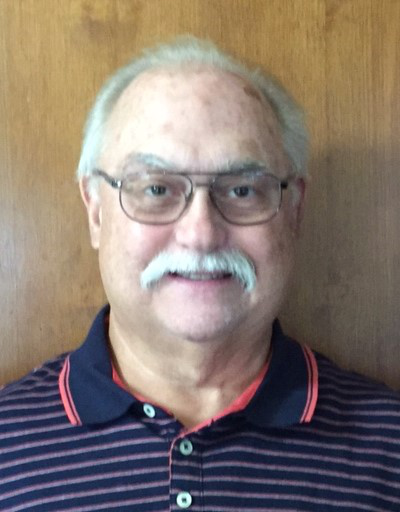 Charles Hlavaty Jr., Assistant Executive Director, was born and raised on the south side of Chicago, Illinois and is the oldest of six children.  Chuck attended Lindblom Technical High School, Chicago Southwest College, then graduated from Chicago State University with his Bachelors of Science and a Masters of Science in Occupational Education.

After graduation Chuck finished the school year teaching at Chicago's Greenwood Jr. High School.  Over that summer he was hired at Community High School District 99, Downers Grove North and taught Industrial & Technology Education along with Mathematics for the rest of his thirty-four year career.  Chuck has been a substitute teacher at DGN since he has retired.  During his teaching career he was a member of the IEA and NEA while serving as an officer in his local Downers Grove Educational Association.  Now Chuck is involved in the IEA-Retired Association as a lifetime member.  Chuck is also a life time member of the IRTA (Illinois Retired Teachers Association).  Chuck is serving as the local DuPage Unit president of the IRTA.

While a member of the IEA, Chuck started attending the NEA-RA's in 1995.  That is when he first connected with Teachers Saving Children® and has been a member ever since.  It was then that he also started to speak up for the sanctity of life and the unborn child.  "Save those who are being led to their death; rescue those who are about to be killed." Proverbs 24:11.

Chuck and his wife, Diane, are also involved in supporting Care Net Pregnancy Services of DuPage.  Care Net Pregnancy Services of DuPage is a multi-faceted ministry with counselors, a medical team, and educators serving thousands of men and women annually.  Care Net is still committed to serving Christ by working to love women and save the lives of their babies and serving our community.

Chuck and Diane have been members of the Christian Church since the seventies and have served the church and our Lord in many different ways. Chuck has served in leadership roles as deacon and elder along with many teaching opportunities in youth and adult Sunday School over the years. It was his greatest joy to serve in AWANA, VBS, and camp LRCA.  Now he enjoys teaching Bible studies and leading a Monday Night Men's study. Chuck and Diane have two wonderful married adult daughters Kim and Joy and one granddaughter, Ella, who live in the Cincinnati area.

It is Chuck's desire in life to serve his Lord and Savior Jesus Christ with his whole hear,t mind, and soul as he completes his time on God's created earth.  Jesus is the One who loves us, made us free from our sins with the blood of His death.  He made us to be a kingdom of priests who serve God his Father.  To Jesus Christ be glory and power forever and ever! Amen! Revelation 1:5-6

Charles began serving on the Board of Trustees in July 2016. 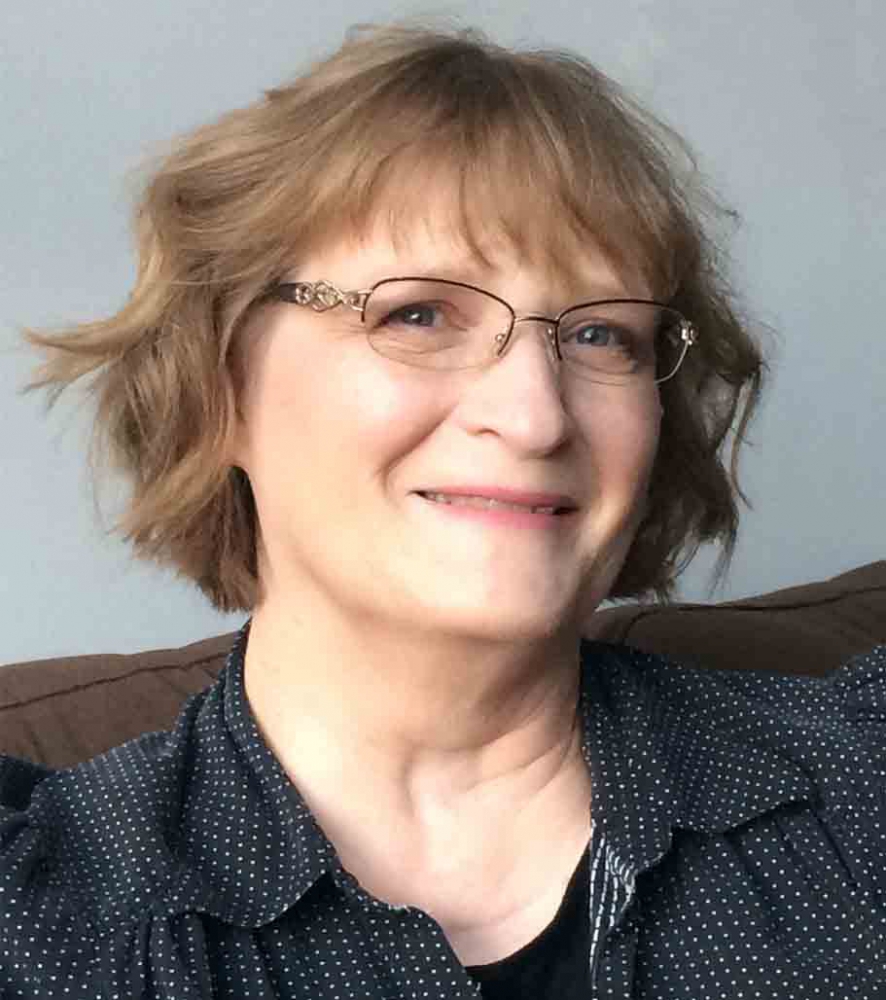 Catherine Jacobs was born in Fort Worth Texas and raised in upstate New York.  Her father was a Baptist minister who pastored two churches every week and helped other pastors plant churches along the east coast of the U.S.  Catherine spent her childhood in Bible studies and church services almost every night of the week, and four services on Sundays!  Her mother, at age 96, still is a gifted artist.  Catherine received her Associates degree at a local Community College, and her master’s degree in Art Education and Elementary Education.  Catherine has just retired after 34 years of teaching  Elementary Art in a public school.

She has four adult children.  Two are recently married.  Her husband and she attend a local Baptist church where they serve.  Catherine has taught Sunday School and Vacation Bible School for many years.

After losing a child to  miscarriage, Catherine used her artistic talents to show and tell the world how each child is formed in the sacred image of God from conception.  She has hand sculpted a series of life size portraits of real babies, with the goal of sculpting all forty weeks of pregnancy.  These Art dolls are designed to show children in educational displays.  She is looking for real child models for 34, 37, 39, and 40 weeks of pregnancy to complete her goal.

She has donated many doll/models to pro-life educational endeavors including Teachers Saving Children®, political figures, pro-life groups/educators, and parents who have experienced loss of a child.  Her educational display draws young children and curious minds of all ages.  By God’s Grace, individuals who have seen and held these models in the palm of their hands, have changed their minds on abortion.  Real babies lives have been saved.  Hearts broken from loss through abortion, miscarriage, and infant loss, have been healed.

She has been a member of her local Right to Life group, New York State Right to Life, and Teachers Saving Children®.  She has attended the March for Life many times.  Catherine looks forward to working with Teachers Saving Children® on pro-life educational endeavors which help save innocent lives and teach children how valuable they are in the eyes of their Lord, Savior, and Creator, Jesus Christ.  Matthew Chapter 18, tells us how much Jesus loves little children.  Verse 14 reads:  “Even so it is not the will of your Father which is in heaven, that one of these little ones should perish.”

Catherine has also been a member of Society of Children’s Book Writers and Illustrators, honing her skills as an author/illustrator.  She has written and illustrated several children’s pro-life books and other children’s manuscripts which are not yet published.  She is looking for a publisher who is eager to reach children with a compassionate pro-life message.  Contact her for details or to help ([email protected]).  Other contact links:  Catherine Jacobs, God’s Little Ones, Miracle Baby Dolls TM, Celebrate Life Magazine:  God’s Little Ones, Artists for Life:  Catherine Jacobs. 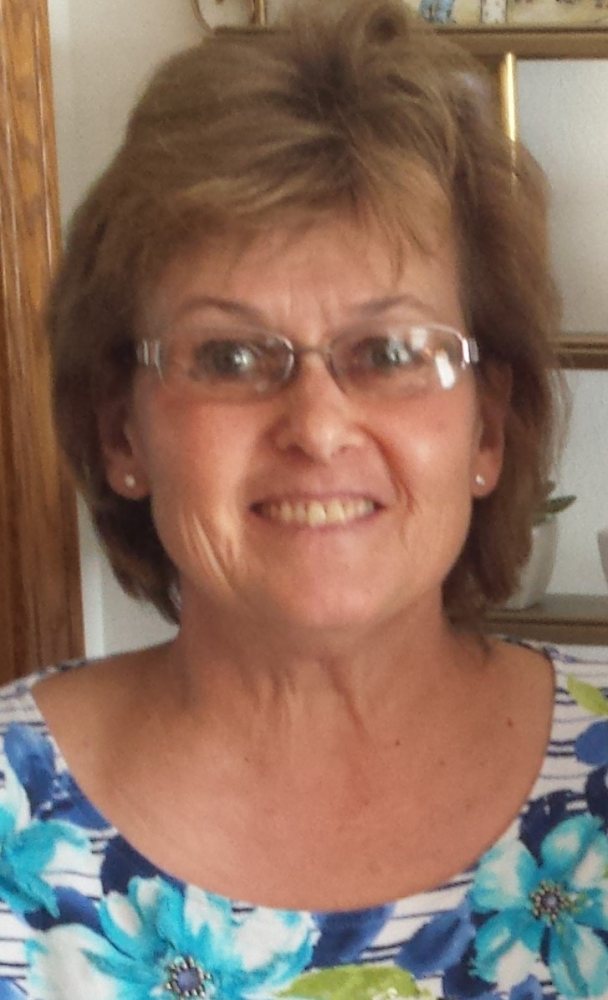 Jan Luke was born and raised in LaSalle, Illinois.  She received her Associate of Arts degree from Illinois Valley Community College.  She then attended the University of Northern Colorado and graduated with her Bachelor’s degree in Speech-Language Pathology.  She furthered her courses in Speech Pathology while attending Illinois State University.  She received her Master of Education degree from Ashland University.

Over the years, Jan has been actively involved in Evangelism Explosion (E.E.) Ministry.  This ministry trains people to share The Gospel in a simple-to-understand manner that emphasizes the basic Gospel message.  After her own E.E. training, Jan became a Trainer and has ministered the E.E. training in several local churches.  She also started and taught the Discipleship Training to follow-up the people that commit their life to The Lord in E.E.  Jan has been involved in VBS (Vacation Bible School) in churches that she has attended.

Jan has been a member of S.I.G.N. (Signing in God's Name) Ministry for 11 years (since its inception).  This is a Sign Language Choir that ministers in churches, nursing homes, and special events.  Mission trips to New York, Virginia, and Southern Ohio have enabled the choir to minister to a variety of audiences.

Jan has four married children and seven precious grandchildren.  Jan's heart is for the unborn.  She has always believed that life starts at conception.  She has supported the National Right to Life and Teachers Saving Children® for many years.  She has attended the March For Life two years.  She has helped with the Teachers Saving Children® table at two NEA Expo and at the most recent Students for Life of America East Coast Conference in January 2017.

Gary Winney, Treasurer, was a member of the Ohio Affiliate Chapter Board of Trustees since its inception through 2011 and has been a member of the National Board of Trustees since its inception. In the past, Gary chaired the Ohio Life Issues Caucus, through which delegates have worked to bring an end to the OEA's position on abortion. While teaching, he was active in the Wickliffe Teachers Association and also a member of the Association of American Educators, a professional education organization that provides much of the professional enrichment that educators have been looking for these past years.  Gary retired from full-time teaching in 1999.

Gary is married to Colleen. He has been involved in what is now known as the American Policy Roundtable.  He and his wife presently minister at Parkside Church, in Bainbridge. Their immediate family lives nearby while the rest is generally scattered around the country.